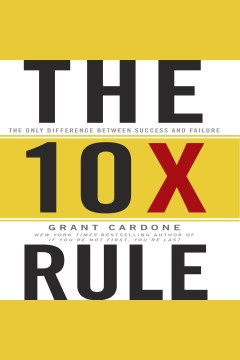 Extreme success, by definition, lies beyond the realm of normal action. If you want to achieve extreme success, you can't operate like everybody else and settle for mediocrity. You need to remove luck and chance from your business equation, and lock in massive success. The 10X Rule shows you how! Success is your duty, obligation and responsibility, and this audio book gives you step-by-step guidance on how to achieve phenomenal success for yourself! With The 10X Rule, you'll learn to establish the amount of effort needed to guarantee success and ensure that you can continue operating at this level throughout your life. Most people desire success and have great ideas but they come up short on the amount of action required to get their lives to the exceptional levels they deserve. Four degrees of action exist, and in order to achieve your dreams, you must learn to operate at the fourth degree of action: Massive Action. The 10X Rule will dissolve fear, increase your belief in yourself, eliminate procrastination, and provide you with an overwhelming sense of purpose. The 10X Rule compels you to separate yourself from everyone else in the market-and you do that by doing what others refuse to do. Stop thinking in terms of basic needs, and start aiming for abundance-in all areas of your life. The 10X Rule guides you toward the frame of mind that all successful people share. Aim ten times higher than you are right now-and if you come up short, you'll still find yourself further along than if you had maintained your life's current status quo. The 10X Rule teaches you how to: - Reach goals that you previously thought were impossible - Correctly set goals and guarantee their achievement - Create unprecedented levels of happiness and satisfaction in every area of your life - Use fear as fuel to move you into action - Get everything you want and never have to settle - Dominate your competition and become a role model for success 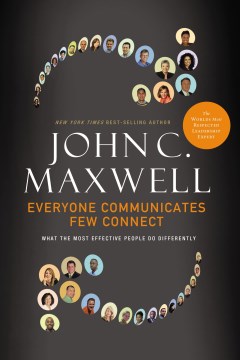 Only one thing stands between you and success. It isn't experience. It isn't talent. World-renowned leadership expert John C. Maxwell says if you want to succeed, you must learn to connect with people. And while it may seem like some folks are just born with it, the fact is anyone can learn how to make every communication an opportunity for a powerful connection. In Everyone Communicates, Few Connect, Maxwell shares the Five Principles and Five Practices to develop the crucial skill of connecting, including: Finding common ground Keeping your communication simple Capturing people's interest Inspiring people Staying authentic in all Your relationships The ability to connect with others is a major determining factor in reaching your full potential. It's no secret! Connecting is a skill you can learn and apply in your personal, professional, and family relationships- and you can start now! 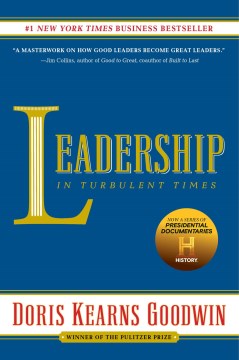 "In this culmination of five decades of acclaimed studies in presidential history, Pulitzer Prize-winning author Doris Kearns Goodwin offers an illuminating exploration into the early development, growth, and exercise of leadership. Are leaders born or made? Where does ambition come from? How does adversity affect the growth of leadership? Does the man make the times or do the times make the man? In Leadership in Turbulent Times, Goodwin draws upon four of the presidents she has studied most closely--Abraham Lincoln, Theodore Roosevelt, Franklin D. Roosevelt, and Lyndon B. Johnson (in civil rights)--to show how they first recognized leadership qualities within themselves, and were recognized by others as leaders. No common pattern describes the trajectory of leadership. Although set apart in background, abilities, and temperament, these men shared a fierce ambition and a deep-seated resilience that enabled them to surmount uncommon adversity. At their best, all four were guided by a sense of moral purpose. At moments of great challenge, they were able to summon their talents to enlarge the opportunities and lives of others. This seminal work provides an accessible and essential road map for aspiring and established leaders in every field. In today's polarized world, these stories of authentic leadership in times of apprehension and fracture take on a singular urgency."--Provided by publisher. 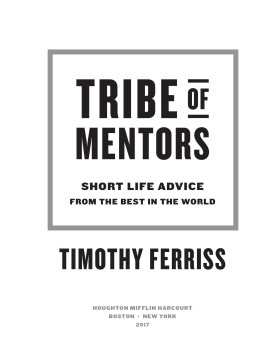 in the arts
Astrophysicist Janna Levin's unique reframe that helps her see obstacles as opportunities
Why actor Ben Stiller likes to dunk his head in a bucket of ice in the morning
Why Dropbox co-founder Drew Houston's cheat sheet for his younger self would include a tennis ball, a circle, and the number 30,000. 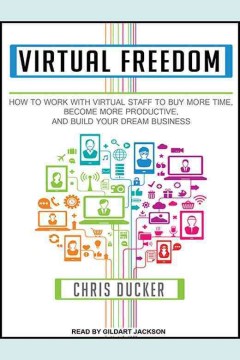 The step-by-step guide every entrepreneur needs to build his or her business with the asset of working with virtual employees. Focusing on business growth, Ducker explains every detail you need to grasp, from figuring out which jobs you should outsource to finding, hiring, training, motivating, and managing virtual assistants.