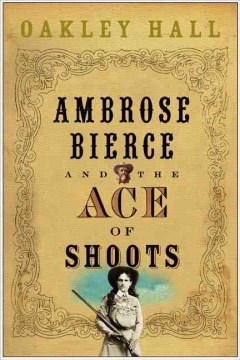 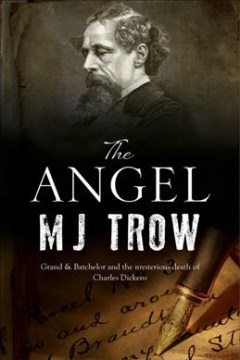 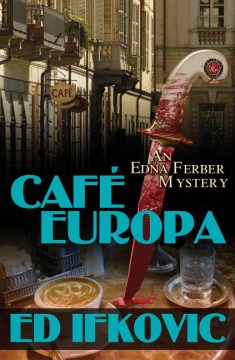 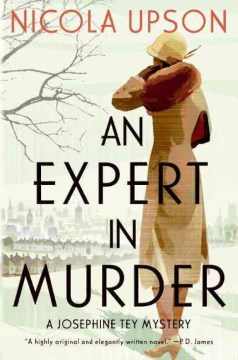 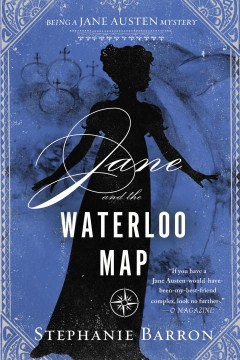 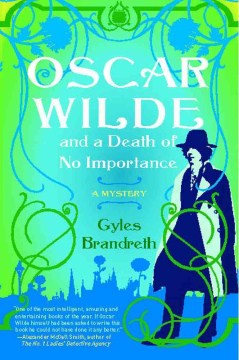 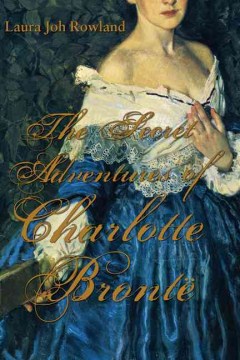 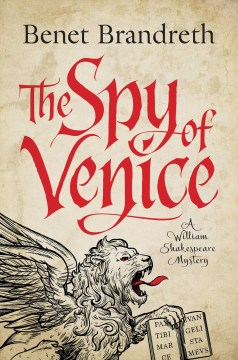 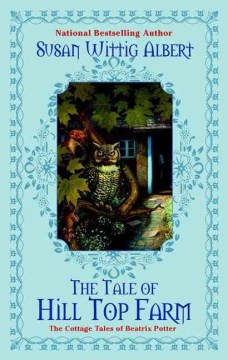 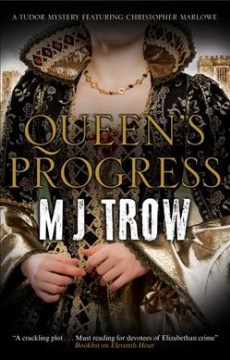 Ambrose Bierce and the Ace of Shoots / Oakley Hall

The fifth volume in the series, follows the outspoken newspaperman as he and his associate Tom Redmond hunt down a celebrity shooter. When Colonel Studely brings his world-famous Wild West Show to town, he gets more than just a warm welcome. As the parade makes its way down Market Street, the colonel is shot dead. With clues and sinister motives, a?trail of seduction, a vengeful train robber, a haze of opiuma emerging from every direction, Bierce is stymied, but pierces the fog to reveal the true culprit. Ambrose Bierce and the Ace of Shoots?is a rough-and-tumble romp through gritty old San Francisco.

June, 1870. The world-famous author Charles Dickens has been found dead in his summerhouse where he had been hard at work on his final, unfinished novel, The Mystery of Edwin Drood. Did he die of natural causes - or is there something more sinister behind his sudden demise? George Sala, Dickens' biographer, is convinced his friend was murdered - and he has hired Grand and Batchelor to prove it.

Could Dickens' death have something to do with his unconventional private life? Who is the mysterious woman who appears at his funeral?

If they are to uncover the truth, Grand and Batchelor must leave no stone unturned. But are they prepared for the shocking secrets some of those unturned stones will reveal . . .?

In 1914, as rumors of war float across Europe, Edna Ferber travels to Budapest with Winifred Moss, a famous London suffragette, to visit the homeland of her dead father and to see the sights. Author Edna is fascinated by ancient Emperor Franz Joseph and by the faltering Austro-Hungarian Empire, its pomp and circumstance so removed from the daily life of the people she meets. Sitting daily in the Caf? Europa at her hotel, she listens to unfettered Hearst reporter Harold Gibbon as he predicts the coming war and the end of feudalistic life in Europe while patrons chatter. Then a shocking murder in a midnight garden changes everything. Headstrong Cassandra Blaine is supposed to marry into the Austrian nobility in one of those arranged matches like Consuela Vanderbilt's still popular with wealthy American parents eager for titles and impoverished European nobility who have them to offer.

Expert in Murder, An: A Josephine Tey Mystery / Nicola Upson

March 1934. Revered mystery writer Josephine Tey is traveling from Scotland to London for the final week of her play Richard of Bordeaux, the surprise hit of the season, with pacifist themes that resonate in a world still haunted by war. But joy turns to horror when her arrival coincides with the murder of a young woman she had befriended on the train ride - and Tey is plunged into a mystery as puzzling as any in her own works. Detective Inspector Archie Penrose is convinced that the killing is connected to the play, and that Tey herself is in danger of becoming a victim of her own success. In the aftermath of a second murder, the writer and the policeman must join together to stop a ruthless killer who will apparently stop at nothing.

November, 1815. The Battle of Waterloo has come and gone, leaving the British economy in shreds; Henry Austen, high-flying banker, is about to declare bankruptcy - dragging several of his brothers down with him. The crisis destroys Henry's health, and Jane flies to his London bedside, believing him to be dying. While she's there, the chaplain to His Royal Highness the Prince Regent invites Jane to tour Carlton House, the Prince's fabulous London home. The chaplain is a fan of Jane's books, and during the tour he suggests she dedicate her next novel - Emma - to HRH, whom she despises.

However, before she can speak to HRH, Jane stumbles upon a body - sprawled on the carpet in the Regent's library. The dying man, Colonel MacFarland, was a cavalry hero and a friend of Wellington's. He utters a single failing phrase: "Waterloo map" . . . and Jane is on the hunt for a treasure of incalculable value and a killer of considerable cunning.

Oscar Wilde and a Death of No Importance: A Mystery / Gyles Daubeney Brandreth

Lovers of historical mysteries will relish this chilling Victorian tale based on real events and cloaked in authenticity. The first in a series of fiendishly clever historical murder mysteries, it casts British literature's most fascinating and controversial figure as the lead sleuth.

A young artist's model has been murdered, and legendary wit Oscar Wilde enlists his friends Arthur Conan Doyle and Robert Sherard to help him investigate. But when they arrive at the scene of the crime they find no sign of the gruesome killing - save one small spatter of blood, high on the wall. Set in London, Paris, Oxford, and Edinburgh at the height of Queen Victoria's reign, here is a gripping eyewitness account of Wilde's secret involvement in the curious case of Billy Wood, a young man whose brutal murder served as the inspiration for The Picture of Dorian Gray.

Upon learning that she has been falsely accused of plagiarism, the normally mild-mannered Charlotte Bront? sets off for London to clear her name. But when she unintentionally witnesses a murder, Charlotte finds herself embroiled in a dangerous chain of events that forces her to confront demons from her past. With the clandestine aid of the other Bront? sisters, Emily and Anne, and of the suspiciously well-informed but irresistibly attractive brother of the victim, Charlotte works to unravel a deadly web of intrigue that threatens not only her own safety but the very fabric of the British Empire. Will Charlotte be able to stop a devious, invisible villain whose schemes threaten her life, her family, and her country?

The Spy of Venice: A William Shakespeare Mystery / BENET BRANDRETH

Shakespeare in Love meets C. J. Sansom in a historical thriller with a swashbuckling twist -- and a hero as you've never seen him before.

When he is caught by his wife in one ill-advised seduction too many, young William Shakespeare flees Stratford to seek his fortune. Cast adrift in London, Will falls in with a band of players, but greater men have their eye on this talented young wordsmith. England's very survival hangs in the balance and Will finds himself dispatched to Venice on a crucial assignment.

Dazzled by the city's masques and its beauties, he little realizes the peril in which he finds himself. Catholic assassins would stop at nothing to end his mission on the point of their sharpened knives -- and lurking in the shadows is a killer as clever as he is cruel.

Suspenseful, seductive, and as sharp as an assassin's blade, The Spy of Venice introduces a major new literary talent to the genre -- thrilling if you've never read a word of Shakespeare and sublime if you have.

In 1905 England, it was most unusual - if not outright scandalous - for an unmarried woman to buy and run a farm. But that's exactly what Beatrix Potter sets out to do when she purchases Hill Top Farm in the Lake District hamlet of Near Sawrey. Beatrix, trying to recover from her sorrow at the death of her fiance, believes that the countryside will have a healing effect, while providing a quiet place for her to work on her sketches and stories for children. But when one of the villagers dies unexpectedly, with allegations of foul play, Sawrey turns out to be anything but quiet.?
?

May, 1591. When Queen Elizabeth decides to embark on a Royal Progress, visiting some of the grandest homes in England, her new spymaster, Sir Robert Cecil, sends Kit Marlowe on ahead, to ensure all goes smoothly. But Marlowe's reconnaissance mission is dogged by disaster: at Farnham Hall, a body is hurled from the battlements; at Cowdray Castle, a mock tournament ends in near tragedy; at Petworth, a body is discovered in the master bedroom, shot dead.

By the time he reaches Chichester, Marlowe fears the worst. Are the incidents linked? Is there a conspiracy to sabotage the Queen's Progress? Who is pulling the strings - and why? To uncover the truth, Marlowe must come up with a fiendishly clever plan.