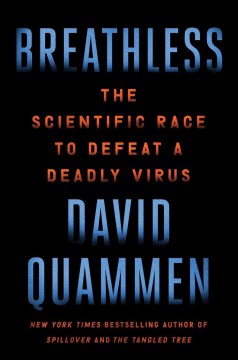 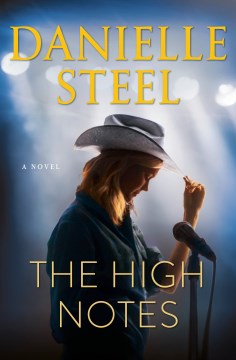 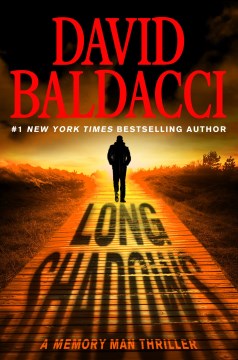 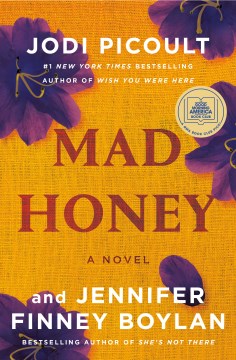 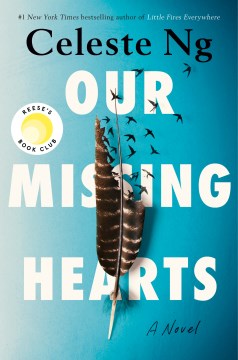 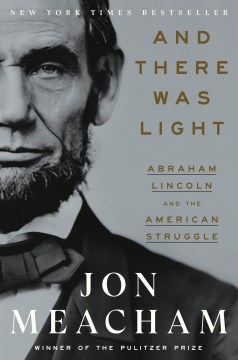 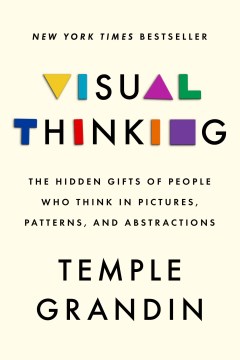 The story of the worldwide scientific quest to decipher the coronavirus SARS-CoV-2, trace its source, and make possible the vaccines to fight the Covid-19 pandemic.Breathless is the story of SARS-CoV-2 and its fierce journey through the human population, as seen by the scientists who study its origin, its ever-changing nature, and its capacity to kill us. David Quammen expertly shows how strange new viruses emerge from animals into humans as we disrupt wild ecosystems, and how those viruses adapt to their human hosts, sometimes causing global catastrophe. He explains why this coronavirus will probably be a "forever virus," destined to circulate among humans and bedevil us endlessly, in one variant form or another. As scientists labor to catch it, comprehend it, and control it, with their high-tech tools and methods, the virus finds ways of escape.

Tabitha Brown, the #1 New York Times bestselling author of Feeding the Soul, presents her first cookbook - full of easy, family-friendly vegan recipes and stories from the spirit, inspired by her health journey and love of delicious food.After experiencing chronic pain, Tabitha Brown, along with her family, tried a 30-day vegan challenge inspired by the documentary What the Health. With the change in diet healing her of the pain, Tabitha remained on the vegan path and began sharing her favorite plant-based recipes in her signature warm voice to thousands and now millions of online fans. Since then, she has become a Target brand ambassador, created her own spice blend for McCormick, joined the cast of Showtime's The Chi, written a #1 New York Times bestselling book of inspirational self-help, and much more.

In SUMMER DAYS AGAIN, Elin Hilderbrand offers nine delectable stories - prequels, sequels, and "missing chapters" from her cherished books - some of which have never been published, until now.Inside the collection, you'll find:* Three years after Mallory Blessing's death (in 28 SUMMERS) , her friends gather for another eventful Labor Day celebration on Nantucket in "The Sixth Wedding."* The marriage at the heart of BEAUTIFUL DAY enters uncertain territory when Margot Carmichael encourages her husband to reunite with his ex-girlfriend in "The Surfing Lesson."* In "The Tailgate" the weekend of a Harvard/Yale football game recharts the course of "MATCHMAKER" Dabney Kimball's first - and abiding - true love.

The Escape Artist: The Man Who Broke Out of Auschwitz to Warn the World / JONATHAN FREEDLAND

?A forgotten story. The first witness to reveal the full truth of the Holocaust . . . Award-winning journalist and bestselling novelist Jonathan Freedland tells the incredible story of Rudolf Vrba - the first Jew to break out of Auschwitz, a man determined to warn the world and pass on a truth too few were willing to hear - elevating him to his rightful place in the annals of World War II alongside Anne Frank, Primo Levi, and Oskar Schindler and casting a new light on the Holocaust and its aftermath.People wont believe what they cant imagine . . .

In April 1944, Rudolf Vrba became the first Jew to break out of Auschwitz - one of only four who ever pulled off that near-impossible feat. He did it to reveal the truth of the death camp to the world - and to warn the last Jews of Europe what fate awaited them at the end of the railway line. Against all odds, he and his fellow escapee, Fred Wetzler, climbed mountains, crossed rivers and narrowly missed German bullets until they had smuggled out the first full account of Auschwitz the world had ever seen - a forensically detailed report that would eventually reach Franklin Roosevelt, Winston Churchill and the Pope. And yet too few heeded the warning that Vrba - then just nineteen years old - had risked everything to deliver. Some could not believe it. Others thought it easier to keep quiet. Vrba helped save 200,000 Jewish lives - but he never stopped believing it could have been so many more. This is the story of a brilliant yet troubled man - a gifted "escape artist" who even as a teenager understand that the difference between truth and lies can be the difference between life and death, a man who deserves to take his place alongside Anne Frank, Oskar Schindler and Primo Levi as one of the handful of individuals whose stories define our understanding of the Holocaust.

In this heartfelt novel from #1 New York Times bestselling author Danielle Steel, a young woman with an unforgettable voice fights for the freedom to pursue her dreams.Iris Cooper has been singing ever since she can remember, hitting the high notes like no one else. When she is twelve, her father convinces the owner of a bar in Lake City, Texas, to let her perform, and she stuns the audience. In the ensuing years, never staying anywhere for long, father and daughter move from one dusty town to the next, her passion for music growing every time she takes the mike in another roadhouse.But it is not an easy life for Iris with her father in charge and using her income to pay for gambling, women, and booze. When she starts to tour at age eighteen, she takes on a real manager.

A soul-stirring novel about what we choose to keep from our past and what we choose to leave behind, from the New York Times bestselling author of Wish You Were Here and the bestselling author of She's Not ThereOlivia McAfee knows what it feels like to start over. Her picture-perfect life - living in Boston, married to a brilliant cardiothoracic surgeon, raising their beautiful son, Asher - was upended when her husband revealed a darker side. She never imagined that she would end up back in her sleepy New Hampshire hometown, living in the house she grew up in and taking over her father's beekeeping business. Lily Campanello is familiar with do-overs, too. When she and her mom relocate to Adams, New Hampshire, for her final year of high school, they both hope it will be a fresh start.

From the number one bestselling author of Little Fires Everywhere, a deeply suspenseful and heartrending novel about the unbreakable love between a mother and child in a society consumed by fearTwelve-year-old Bird Gardner lives a quiet existence with his loving but broken father, a former linguist who now shelves books in Harvard University's library. Bird knows to not ask too many questions, stand out too much, or stray too far. For a decade, their lives have been governed by laws written to preserve "American culture" in the wake of years of economic instability and violence. To keep the peace and restore prosperity, the authorities are now allowed to relocate children of dissidents, especially those of Asian origin, and libraries have been forced to remove books seen as unpatriotic - including the work of Bird's mother, Margaret, a Chinese American poet who left the family when he was nine years old.

Beloved heroes Lucas Davenport and Virgil Flowers are up against a powerful vigilante group with an eye on vengeance in a stunning new novel from #1 New York Times-bestselling author John Sandford."We're going to murder people who need to be murdered." So begins a press release from a mysterious group known only as "The Five," shortly after a vicious predator is murdered in San Francisco. The Five is believed to be made up of vigilante killers who are very bored ... and very rich. They target the worst of society - rapists, murderers, and thieves - and then use their unlimited resources to offset the damage done by those who they've killed, donating untraceable bitcoin to charities and victims via the dark net. The Five soon become the most popular figures on social media, a modern-day Batman .

And There Was Light: Abraham Lincoln and the American Struggle / JON MEACHAM

Pulitzer Prize-winning biographer and #1 New York Times bestselling author Jon Meacham chronicles the life of Abraham Lincoln, charting how - and why - he confronted secession, threats to democracy, and the tragedy of slavery to expand the possibilities of America.A president who governed a divided country has much to teach us in a twenty-first-century moment of polarization and political crisis. Hated and hailed, excoriated and revered, Abraham Lincoln was at the pinnacle of American power when implacable secessionists gave no quarter in a clash of visions bound up with money, race, identity, and faith. In him we can see the possibilities of the presidency as well as its limitations.At once familiar and elusive, Lincoln tends to be seen as the greatest of American presidents - a remote icon - or as a politician driven more by calculation than by conviction.

Visual Thinking: The Hidden Gifts of People Who Think in Pictures, Patterns, and Abstractions / Temple Grandin

A landmark book that reveals, celebrates, and advocates for the special minds and contributions of visual thinkersA quarter of a century after her memoir, Thinking in Pictures, forever changed how the world understood autism, Temple Grandin - the "anthropologist from Mars," as Oliver Sacks dubbed her - transforms our awareness of the different ways our brains are wired. Do you have a keen sense of direction, a love of puzzles, the ability to assemble IKEA furniture without crying? You are likely a visual thinker. With her genius for demystifying science, Grandin draws on cutting-edge research to take us inside visual thinking. Visual thinkers constitute a far greater proportion of the population than previously believed, she reveals, and a more varied one, from the purest "object visualizers" like Grandin herself, with their intuitive knack for design and problem solving, to the abstract, mathematically inclined "visual spatial" thinkers who excel in pattern recognition and systemic thinking.