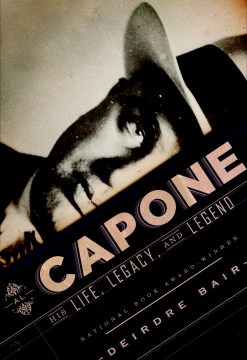 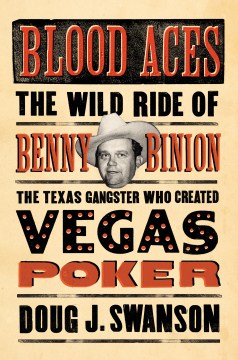 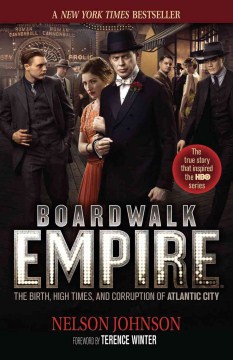 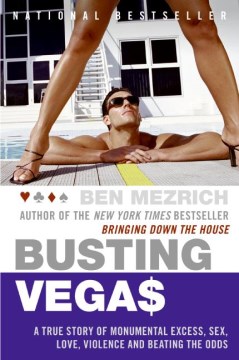 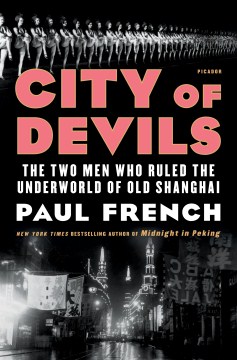 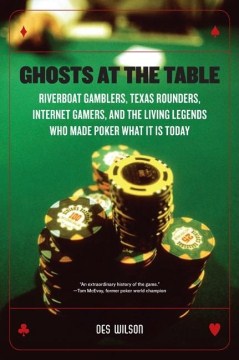 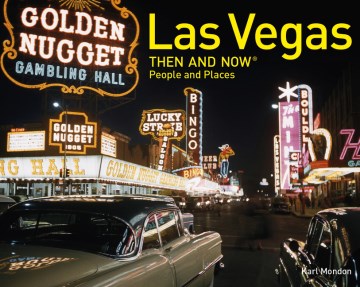 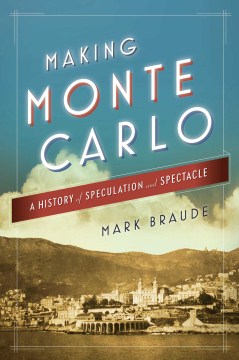 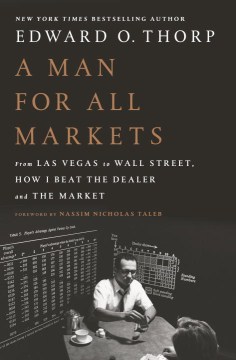 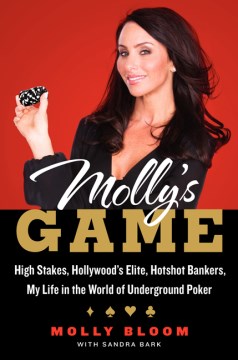 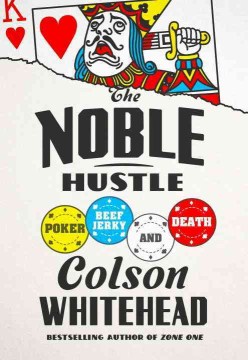 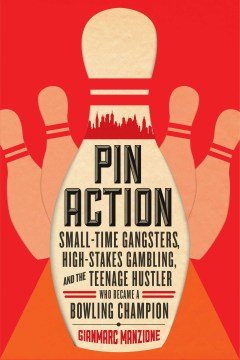 From his heyday to the present moment, Al Capone - Public Enemy Number One - has gripped popular imagination. Rising from humble Brooklyn roots, Capone went on to become the most infamous gangster in American history. At the height of Prohibition, his multimillion-dollar Chicago bootlegging, prostitution, and gambling operation dominated the organized-crime scene. His competition with rival gangs was brutally violent, a long-running war that crested with the shocking St. Valentine's Day Massacre of 1929. Law enforcement and the media elite seemed powerless to stop the growth of his empire. And then the fall: a legal noose tightened by the FBI, a conviction on tax evasion, Alcatraz.

With the help of Capone's descendants, she discovers his essential humanity, uncovering a complex character that was flawed and sometimes cruel but also capable of nobility. And while revealing the private Al Capone, a genuine family man as remembered by those who knew him best, Bair relates how his descendants have borne his weighty legacy.
?

Benny Binion was many things: a cowboy, a pioneering casino owner, a gangster, a killer, and founder of the hugely successful World Series of Poker. Blood Aces tells the story of Binion's crucial role in shaping modern Las Vegas. From a Texas backwater, Binion rose to prominence on a combination of vision, determination, and brutal expediency. His formula was simple: run a good business, cultivate the big boys, kill your enemies, and own the cops. Through a mix of cold-bloodedness, native intelligence, folksiness, and philanthropy, Binion became one of the most revered figures in the history of gambling, and his showmanship, shrewdness, and violence would come to dominate the Vegas scene.

This riveting and wide-reaching history explores the sordid past of Atlantic City?forever a freewheeling town long-dedicated to the fast buck?from the city's heyday as a Prohibition-era mecca of lawlessness to its rebirth as a legitimate casino resort in the modern era. A colorful cast of powerful characters, led by ?Commodore? Kuehnle?and ?Nucky? Johnson, populates this stranger-than-fiction account of corrupt politics and the toxic power structure that grew out of guile, finesse, and extortion. Atlantic City's shadowy past?through its rise, fall, and rebirth?is given new light in this revealing, and often appalling, study of legislative abuse and organized crime. This is a tie-in to the HBO TV series of the same name.

Semyon Dukach was known as the "Darling of Las Vegas." A legend at age twenty-one, this cocky hotshot was the biggest high roller to appear in Sin City in decades, a mathematical genius with a system the casinos had never seen before and couldn't stop -- a system that has never been revealed until now; that has nothing to do with card counting, wasn't illegal, and was more powerful than anything that had been tried before.

Dukach and his fellow MIT students hit them all and made millions. They came in hard, with stacks of cash; big, seemingly insane bets; women hanging on their arms; and fake identities. Although they were taking classes and studying for exams during the week, over the weekends they stormed the blackjack tables only to be harassed, banned from casinos, threatened at gunpoint, and beaten in Vegas's notorious back rooms.

City of Devils: The Two Men Who Ruled the Underworld of Old Shanghai / PAUL FRENCH

1930s Shanghai could give Chicago a run for its money. In the years before the Japanese invaded, the?city?was a haven for outlaws from all over the world: a place where pasts could be forgotten, fascism and communism outrun, names invented, fortunes made - and lost.

'Lucky' Jack Riley was the most notorious of those outlaws. An ex-Navy boxing champion, he escaped from prison in the States, spotted a craze for gambling and rose to become the Slot King of Shanghai. Ruler of the clubs in that day was 'Dapper' Joe Farren - a Jewish boy who fled Vienna's ghetto with a dream of dance halls. His chorus lines rivalled Ziegfeld's and his name was in lights above the?city's?biggest casino. In 1940 they bestrode the Shanghai Badlands like kings, while all around the Solitary Island was poverty, starvation and genocide. They thought they ruled Shanghai; but the?city?had other ideas. This is the story of their rise to power, their downfall, and the trail of destruction they left in their wake.

In the vein of true crime books whose real brilliance is the recreation of a time and place, this is impeccably researched narrative non-fiction told with superb energy and brio, as if James Ellroy had stumbled into a Shanghai cathouse.

Ghosts at the Table: Riverboat Gamblers, Texas Rounders, Internet Gamers, and the Living Legends Who Made Poker What It Is Today / Des Wilson

Ghosts at the Table is the game's first definitive history. With verve and wit, internationally renowned poker personality Des Wilson traces poker's Wild West origins in Deadwood, South Dakota -- where "Wild" Bill Hickok was said to have been shot holding aces and eights -- to the annual World Series of Poker and amazing high-stakes games of modern-day Las Vegas. It's a story full of unforgettable characters-riverboat gamblers, Texas rounders, roadside hucksters, and living legends-who have helped make poker the world's most popular game.

Las Vegas Then and Now: People and Places charts the rise and demise of the classic casinos on the strip; El Rancho Vegas, the Desert Inn, the Stardust, New Frontier, the Sands, Showboat, and the Dunes. It looks at the gambling halls enclosed on Fremont Street, the flying-saucer-shaped Convention Center, the famous failures such as the Moulin Rouge and Howard Hughes' futuristic Landmark Hotel, together with the enduring successes such as the El Cortez and the Little Chapel of the West.?

Monte Carlo has long been known as a dazzling playground for the rich and famous. Less well known are the shrewd and often ruthless strategies that went into creating such a potent symbol of luxury and cosmopolitan glamour. As historian Mark Braude reveals in his entertaining and informative Making Monte Carlo, the world's first modern casino-resort started as an unlikely prospect - with the legalization of gambling in tiny Monaco in 1855 - and eventually emerged as the most glamorous gambling destination of the Victorian era. The resort declined in the wake of WWI, and was reinvented, again, to suit the styles and desires of the new Jazz Age tastemakers, such as F. Scott and Zelda Fitzgerald, Gerald and Sarah Murphy, and Coco Chanel.

A rollercoaster history of how a small, rural town grew into the prosperous resort epicenter of the late nineteenth century and rose again to greatness out of the ashes of WWI, Making Monte Carlo is a classic rags-to-riches tale set in the most scenic of European settings.

A Man for All Markets: From Las Vegas to Wall Street, How I Beat the Dealer and the Market / Edward O Thorp

The incredible true story of the card-counting mathematics professor who taught the world how to beat the dealer and, as the first of the great quantitative investors, ushered in a revolution on Wall Street. A child of the Great Depression, legendary mathematician Edward O. Thorp invented card counting, proving that you could do the seemingly impossible - beat the dealer at the blackjack table - and in doing so launched a gambling renaissance. His remarkable success - and mathematically unassailable method - caused such an uproar that the casinos altered the rules of the game to thwart him and the legions he inspired. They barred him from their premises, instituted new rules, and put his life in jeopardy. Nonetheless gambling was forever changed. Thereafter, Thorp shifted his sights to "the biggest casino in the world": Wall Street.

In the late 2000s, Molly Bloom, a twentysomething petite brunette from Loveland, Colorado, ran the highest stakes, most exclusive poker game Hollywood had ever seen?she was its mistress, its lion tamer, its agent, and its oxygen. Everyone wanted in, few were invited to play.? Hundreds of millions of dollars were won and lost at her table. Molly?s game became the game for those in the know?celebrities, business moguls, and millionaires. Molly staged her games in palatial suites with beautiful views and exquisite amenities. She flew privately, dined at exclusive restaurants, hobnobbed with the heads of Hollywood studios, was courted by handsome leading men, and was privy to the world?s most delicious gossip, until it all came crashing down around her.

The Noble Hustle is Pulitzer finalist Colson Whiteheads hilarious memoir of his search for meaning at high stakes poker tables, which the author describes as Eat, Pray, Love for depressed shut-ins.??On one level, The Noble Hustle is a familiar species of participatory journalism--a longtime neighborhood poker player, Whitehead was given a 10,000 stake and an assignment from the online online magazine Grantland to see how far he?could get in the World Series of Poker.? But since it stems from the astonishing mind of Colson Whitehead MacArthur Award-endorsed!, the book is a brilliant, hilarious, weirdly profound, and ultimately moving portrayal of--yes, it sounds overblown and?ridiculous, but really!--the human condition.???? ?

After weeks of preparation that included repeated bus trips to glamorous Atlantic City, and hiring a personal trainer to toughen him up for sitting at twelve hours a stretch, the author journeyed to the gaudy wonderland that is Las Vegas the worlds greatest Leisure Industrial Complex -- to try his luck in the multi-million dollar tournament.

"The Color of Money" meets "The Big Lebowski."

Pin Action is an inspiring and improbable story of transcendence, redemption, survival and one of the greatest, forgotten sports legends in New York City sports history. Most of us think of bowling as a "sport" in quotation marks, and bowling alleys are places with disco balls, matching shirts, and funny shoes. But in the 1960s, New York City was the center of "action bowling", a form of high-stakes gambling in which bowlers -- often teenagers -- faced off for thousands of dollars every night. When money like that is changing hands, you can bet the pressure is on (and the balls are rigged), and losses come with dire consequences. But for a few kids, the world of action bowling would turn out to be a ticket off the mean streets and onto the Professional Bowlers Association Tour.