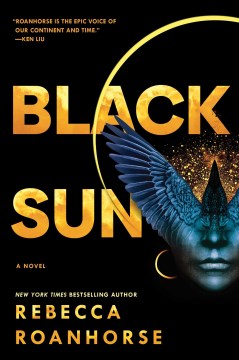 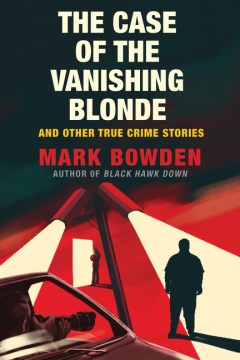 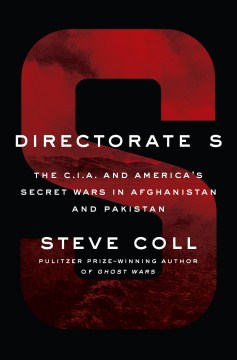 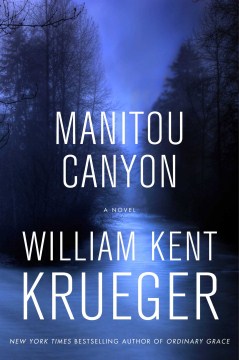 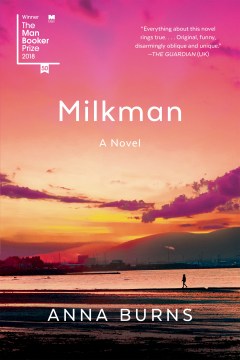 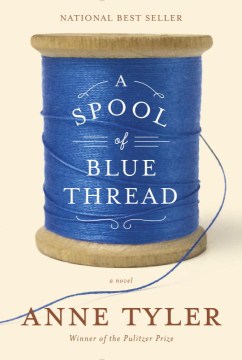 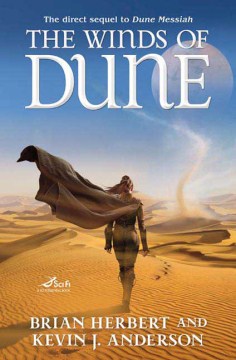 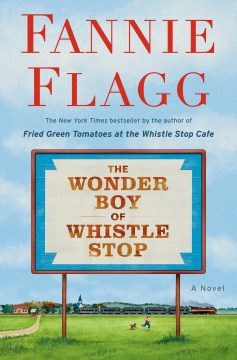 New York Times bestselling author Carl Safina brings readers close to three non-human cultures -- what they do, why they do it, and how life is for them.Some people insist that culture is strictly a human feat. What are they afraid of? This book looks into three cultures of other-than-human beings in some of Earth's remaining wild places. It shows how if you're a sperm whale, a scarlet macaw, or a chimpanzee, you too experience your life with the understanding that you are an individual in a particular community. You too are who you are not by genes alone; your culture is a second form of inheritance. You receive it from thousands of individuals, from pools of knowledge passing through generations like an eternal torch. You too may raise young, know beauty, or struggle to negotiate a peace.

A god will return When the earth and sky converge Under the black sun In the holy city of Tova, the winter solstice is usually a time for celebration and renewal, but this year it coincides with a solar eclipse, a rare celestial event proscribed by the Sun Priest as an unbalancing of the world. Meanwhile, a ship launches from a distant city bound for Tova and set to arrive on the solstice. The captain of the ship, Xiala, is a disgraced Teek whose song can calm the waters around her as easily as it can warp a man's mind.

The Case of the Vanishing Blonde: And Other True Crime Stories / Mark Bowden

Six captivating true-crime stories, spanning Mark Bowden's long and illustrious career, cover a variety of crimes complicated by extraordinary circumstances. Winner of a lifetime achievement award from International Thriller Writers, Bowden revisits in The Case of the Vanishing Blonde some of his most riveting stories and examines the effects of modern technology on the journalistic process. From a story of a campus rape at the University of Pennsylvania in 1983 that unleashed a moral debate over the nature of consent when drinking and drugs are involved to three cold cases featuring the inimitable Long Island private detective Ken Brennan and a startling investigation that reveals a murderer within the LAPD's ranks, shielded for twenty six years by officers keen to protect one of their own, these stories are the work of a masterful narrative journalist at work.

Ranked among the top ten states for both disasters and dry climate, Colorado has a long history of extreme weather. On May 19, 1864, residents of the fledgling gold rush town of Denver awoke to a wall of water slamming into the city with enough force to flatten buildings and rip clothing from its victims. The infamous Big Thompson Canyon flood of 1976 killed 144 residents, tourists and campers. Per the National Center for Atmospheric Research, Coloradoans experienced twenty-two floods with contemporary monetary losses of $2 million or more since the flood of 1864. And as the population continues to grow, the loss of lives, property, crops and livestock may increase. Local author Darla Sue Dollman, who witnessed and survived many of the contemporary disasters, examines the state's most catastrophic flash floods from 1864 to 2013.

Prior to 9/11, the United States had been carrying out small-scale covert operations in Afghanistan, ostensibly in cooperation, although often in direct opposition, with I.S.I., the Pakistani intelligence agency. While the US was trying to quell extremists, a highly secretive and compartmentalized wing of I.S.I., known as "Directorate S," was covertly training, arming, and seeking to legitimize the Taliban, in order to enlarge Pakistan's sphere of influence. After 9/11, when fifty-nine countries, led by the U. S., deployed troops or provided aid to Afghanistan in an effort to flush out the Taliban and Al Qaeda, the U.S. was set on an invisible slow-motion collision course with Pakistan.

Today we know that the war in Afghanistan would falter badly because of military hubris at the highest levels of the Pentagon, the drain on resources and provocation in the Muslim world caused by the U.S.-led invasion of Iraq, and corruption. But more than anything, as Coll makes painfully clear, the war in Afghanistan was doomed because of the failure of the United States to apprehend the motivations and intentions of I.S.I.'s "Directorate S". This was a swirling and shadowy struggle of historic proportions, which endured over a decade and across both the Bush and Obama administrations, involving multiple secret intelligence agencies, a litany of incongruous strategies and tactics, and dozens of players, including some of the most prominent military and political figures. A sprawling American tragedy, the war was an open clash of arms but also a covert melee of ideas, secrets, and subterranean violence.

Kingfisher Lodge, nestled in a canyon on a mile and a half of the most pristine river water on the planet, is known by locals as "Billionaire's Mile" and is locked behind a heavy gate. Sandwiched between barbed wire and a meadow with a sign that reads "Don't Get Shot," the resort boasts boutique fishing at its finest. Safe from viruses that have plagued America for years, Kingfisher offers a respite for wealthy clients. Now, it also promises a second chance for Jack, a return to normalcy after a young life filled with loss. When he is assigned to guide a well-known singer, his only job is to rig her line, carry her gear, and steer her to the best trout he can find. But then a human scream pierces the night, and Jack soon realizes that this idyllic fishing lodge may be merely a cover for a far more sinister operation.

Since the violent deaths of his wife, father, and best friend all occurred in previous Novembers, Cork O'Connor has always considered it to be the cruelest of months. Yet, his daughter has chosen this dismal time of year in which to marry, and Cork is understandably uneasy.

His concern comes to a head when a man camping in Minnesota's Boundary Waters Canoe Area Wilderness goes missing. As the official search ends with no recovery in sight, Cork is asked by the man's family to stay on the case. Although the wedding is fast approaching and the weather looks threatening, he accepts and returns to that vast wilderness on his own.

As the sky darkens and the days pass, Cork's family anxiously awaits his return. Finally certain that something has gone terribly wrong, they fly by floatplane to the lake where the missing man was last seen. Locating Cork's campsite, they find no sign of their father. They do find blood, however. A lot of it.

In an unnamed city, middle sister stands out for the wrong reasons. She reads while walking, for one. And she has been taking French night classes downtown. So when a local paramilitary known as the milkman begins pursuing her, she suddenly becomes "interesting," the last thing she ever wanted to be. Despite middle sister's attempts to avoid him -- and to keep her mother from finding out about her maybe-boyfriend -- rumors spread and the threat of violence lingers. Milkman is a story of the way inaction can have enormous repercussions, in a time when the wrong flag, wrong religion, or even a sunset can be subversive. Told with ferocious energy and sly, wicked humor, Milkman establishes Anna Burns as one of the most consequential voices of our day.

"It was a beautiful, breezy, yellow-and-green afternoon. . ." This is how Abby Whitshank always begins the story of how she fell in love with Red that day in July 1959. The Whitshanks are one of those families that radiate togetherness: an indefinable, enviable kind of specialness. But they are also like all families, in that the stories they tell themselves reveal only part of the picture. Abby and Red and their four grown children have accumulated not only tender moments, laughter, and celebrations, but also jealousies, disappointments, and carefully guarded secrets. From Red's father and mother, newly arrived in Baltimore in the 1920s, to Abby and Red's grandchildren carrying the family legacy boisterously into the twenty-first century, here are four generations of Whitshanks, their lives unfolding in and around the sprawling, lovingly worn Baltimore house that has always been their anchor.

Brimming with all the insight, humor, and generosity of spirit that are the hallmarks of Anne Tyler's work, A Spool of Blue Thread tells a poignant yet unsentimental story in praise of family in all its emotional complexity. It is a novel to cherish.

Short-listed for the Man Booker Prize

Whose Waves These Are / Amanda Dykes

In the wake of WWII, a grieving fisherman submits a poem to a local newspaper: a rallying cry for hope, purpose . . . and rocks. Send me a rock for the person you lost, and I will build something life-giving. When the poem spreads farther than he ever intended, Robert Bliss's humble words change the tide of a nation. Boxes of rocks inundate the tiny, coastal Maine town, and he sets his calloused hands to work, but the building halts when tragedy strikes.

Decades later, Annie Bliss is summoned back to Ansel-by-the-Sea when she learns her Great-Uncle Robert, the man who became her refuge during the hardest summer of her youth, is now the one in need of help. What she didn't anticipate was finding a wall of heavy boxes hiding in his home. Long-ago memories of stone ruins on a nearby island trigger her curiosity, igniting a fire in her anthropologist soul to uncover answers.

She joins forces with the handsome and mysterious harbor postman, and all her hopes of mending the decades-old chasm in her family seem to point back to the ruins. But with Robert failing fast, her search for answers battles against time, a foe as relentless as the ever-crashing waves upon the sea.

The Winds of Dune / Brian Herbert

With their usual skill, Brian Herbert and Kevin Anderson have taken ideas left behind by Frank Herbert and filled them with living characters and a true sense of wonder. Where Paul of Dune picked up the saga directly after the events of Dune, The Winds of Dune begins after the events of Dune Messiah. Paul has walked off into the sand, blind, and is presumed dead. Jessica and Gurney are on Caladan; Alia is trying to hold the Imperial government together with Duncan; Mohiam dead at the hands of Stilgar; Irulan imprisoned. Paul's former friend, Bronso of Ix, now seems to be leading opposition to the House of Atreides. Herbert and Anderson's newest book in this landmark series will concentrate on these characters as well the growing battle between Jessica, and her daughter, Alia.

A heartwarming novel about secrets of youth rediscovered, hometown memories, and everyday magic, from the beloved author of Fried Green Tomatoes at the Whistle Stop Caf? Bud Threadgoode grew up in the bustling little railroad town of Whistle Stop, Alabama, with his mother Ruth, church going and proper, and his Aunt Idgie, the fun-loving hell-raiser. Together they ran the town's popular Whistle Stop Cafe, known far and wide for its friendly, fun, and famous "Fried Green Tomatoes." And as Bud often said to his daughter Ruthie, of his childhood, "How lucky can you get?"But sadly, as the railroad yards shut down and the town became a ghost town, nothing was left but boarded-up buildings and memories of a happier time.Then one day, Bud decides to take one last trip, just to see where his beloved Whistle Stop used to be.