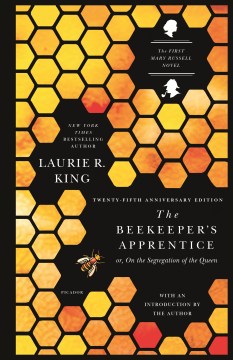 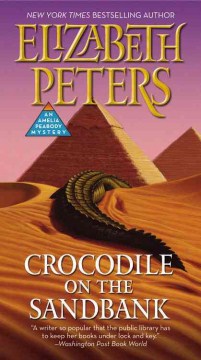 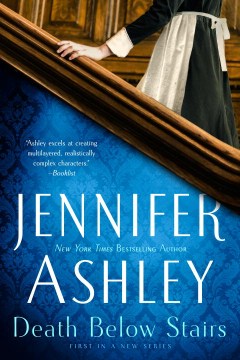 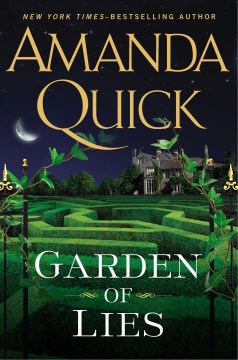 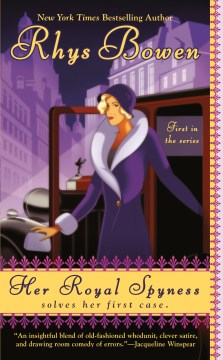 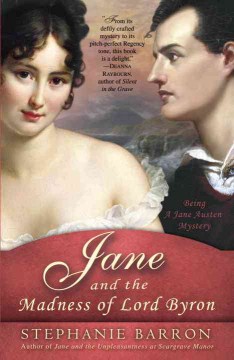 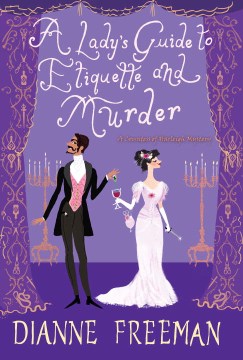 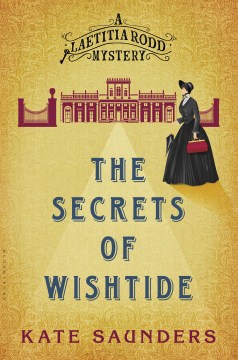 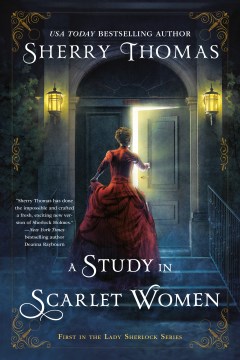 The Beekeeper's Apprentice: or, On the Segregation of the Queen / Laurie R King

In 1915, Sherlock Holmes is retired and quietly engaged in the study of honeybees in Sussex when a young woman literally stumbles onto him on the Sussex Downs. Fifteen years old, gawky, egotistical, and recently orphaned, the young Mary Russell displays an intellect to impress even Sherlock Holmes. Under his reluctant tutelage, this very modern, twentieth-century woman proves a deft protge and a fitting partner for the Victorian detective. They are soon called to Wales to help Scotland Yard find the kidnapped daughter of an American senator, a case of international significance with clues that dip deep into Holmes's past. Full of brilliant deduction, disguises, and danger, The Beekeeper's Apprentice, the first book of the Mary Russell-Sherlock Holmes mysteries, is "remarkably beguiling" (The Boston Globe) .

Crocodile on the Sandbank / Elizabeth Peters

Amelia Peabody, that indomitable product of the Victorian age, embarks on her debut Egyptian adventure armed with unshakable self-confidence, a journal to record her thoughts, and, of course, a sturdy umbrella. On her way to Cairo, Amelia rescues young Evelyn Barton-Forbes, who has been abandoned by her scoundrel lover. Together the two women sail up the Nile to an archeological site run by the Emerson brothers-the irascible but dashing Radcliffe and the amiable Walter. Soon their little party is increased by one-one mummy that is, and a singularly lively example of the species. Strange visitations, suspicious accidents, and a botched kidnapping convince Amelia that there is a plot afoot to harm Evelyn. Now Amelia finds herself up against an unknown enemy-and perilous forces that threaten to make her first Egyptian trip also her last . . .?

Victorian class lines are crossed when cook Kat Holloway is drawn into a murder that reaches all the way to the throne.Highly sought-after young cook Kat Holloway takes a position in a Mayfair mansion and soon finds herself immersed in the odd household of Lord Rankin. Kat is unbothered by the family's eccentricities as long as they stay away from her kitchen, but trouble finds its way below stairs when her young Irish assistant is murdered. Intent on discovering who killed the helpless kitchen maid, Kat turns to the ever-capable Daniel McAdam, who is certainly much more than the charming delivery man he pretends to be. Along with the assistance of Lord Rankin's unconventional sister-in-law and a mathematical genius, Kat and Daniel discover that the household murder was the barest tip of a plot rife with danger and treason - one that's a threat to Queen Victoria herself.

"When Ursula Kern, proprietor of the Kern Secretarial Agency, discovers the body of one of her best secretaries, she immediately suspects murder. But no one, including the police, believes her. So Ursula seeks the help of her newest and most mysterious client, Slater Roxton"--

London, 1932. Lady Victoria Georgiana Charlotte Eugenie, 34th in line for the English throne, is flat broke. She's bolted Scotland, her greedy brother, and her fish-faced betrothed. London is a place where she'll experience freedom, learn life lessons aplenty, do a bit of spying for HRH - oh, and find a dead Frenchman in her tub. Now her new job is to clear her long family name...

Jane and the Madness of Lord Byron: Being A Jane Austen Mystery / Stephanie Barron

The restorative power of the ocean brings Jane Austen and her beloved brother Henry, to Brighton after Henry's wife is lost to a long illness. But the crowded, glittering resort is far from peaceful, especially when the lifeless body of a beautiful young society miss is discovered in the bedchamber of none other than George Gordon - otherwise known as Lord Byron. As a poet and a seducer of women, Byron has carved out a shocking reputation for himself - but no one would ever accuse him of being capable of murder. Now it falls to Jane to pursue this puzzling investigation and discover just how "mad, bad, and dangerous to know" Byron truly is. And she must do so without falling victim to the charming versifier's legendary charisma, lest she, too, become a cautionary example for the ages.

A Lady's Guide to Etiquette and Murder / DIANNE FREEMAN

Frances Wynn, the American-born Countess of Harleigh, enjoys more freedom as a widow than she did as a wife. After an obligatory year spent mourning her philandering husband, Reggie, she puts aside her drab black gowns, leaving the countryside and her money-grubbing in-laws behind. With her young daughter in tow, Frances rents a home in Belgravia and prepares to welcome her sister, Lily, arriving from New York - for her first London season. No sooner has Frances begun her new life than the ghosts of her old one make an unwelcome appearance.?

And Only to Deceive / Tasha Alexander

For Emily, accepting the proposal of Philip, the Viscount Ashton, was an easy way to escape her overbearing mother, who was set on a grand society match. So when Emily's dashing husband died on safari soon after their wedding, she felt little grief. After all, she barely knew him. Now, nearly two years later, she discovers that Philip was a far different man from the one she had married so cavalierly. His journals reveal him to have been a gentleman scholar and antiquities collector who, to her surprise, was deeply in love with his wife.

The Secrets of Wishtide / Kate Saunders

Mrs. Laetitia Rodd, aged fifty-two, is the widow of an archdeacon who makes her living as a highly discreet private investigator. Her brother, Frederick Tyson, is a criminal barrister living in nearby Highgate with his wife and ten children. Frederick finds the cases, and Laetitia solves them using her arch intelligence and her immaculate cover as an unsuspecting widow. When a case arises involving the son of the highly connected Sir James Calderstone, Laetitia sets off for Lincolnshire undercover as the family's new governess--quickly making herself indispensable. But the seemingly simple case-looking into young Charles Calderstone's inappropriate love interest-soon takes an unpleasant turn. And as the family's secrets begin to unfold, Laetitia discovers the Calderstones have more to hide than most.

With her inquisitive mind, Charlotte Holmes has never felt comfortable with the demureness expected of the fairer sex in upper class society. But even she never thought that she would become a social pariah, an outcast fending for herself on the mean streets of London. When the city is struck by a trio of unexpected deaths and suspicion falls on her sister and her father, Charlotte is desperate to find the true culprits and clear the family name. She'll have help from friends new and old - a kind-hearted widow, a police inspector, and a man who has long loved her. But in the end, it will be up to Charlotte, under the assumed name Sherlock Holmes, to challenge society's expectations and match wits against an unseen mastermind.