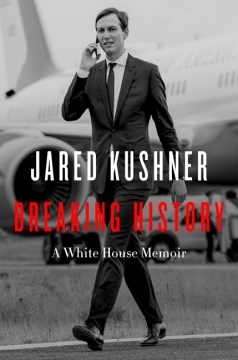 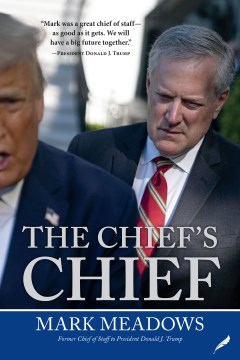 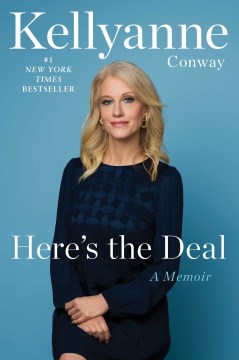 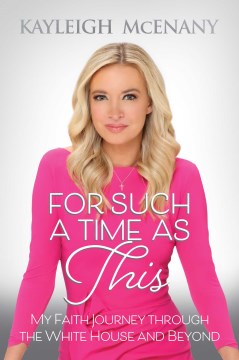 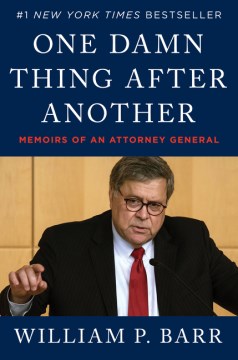 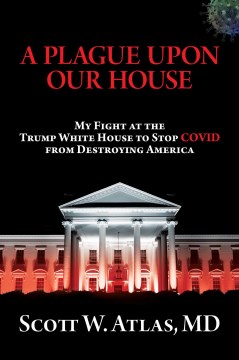 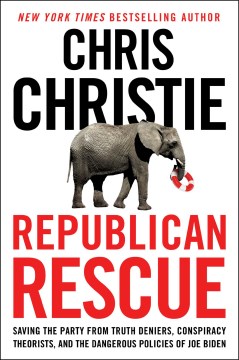 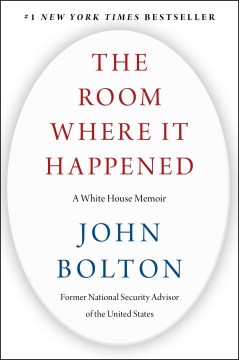 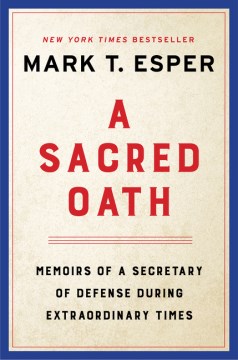 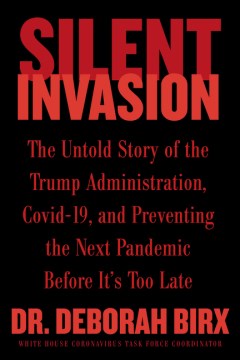 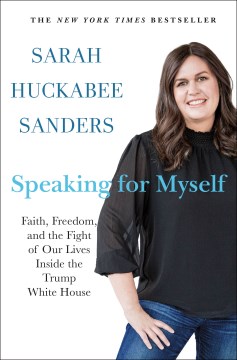 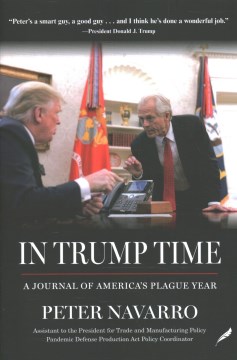 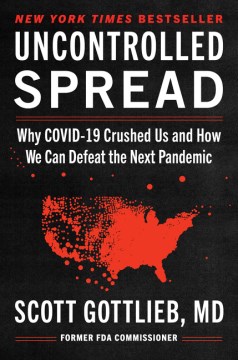 For the first time, presidential advisor Jared Kushner recounts what happened behind closed doors during the Trump presidency.

When Mark Meadows took control of the Trump White House in March of 2020, the nation was in turmoil. A deadly coronavirus had arrived from Wuhan, China, and brought the rhythm of daily life under President Trump - defined by a soaring stock market, sinking unemployment rates, and a renewed sense of pride in being an American - to a grinding halt. Our streets were empty. Our hospitals were full. Millions of Americans were scared, lonely, and unemployed, all while the global economy teetered on the edge of collapse. One wrong move by President Trump and his team could have ushered in years, even decades, of irreparable harm.In this frank, candid account of his ten months in the White House, Mark Meadows - known simply as "The Chief" around the West Wing - tells the harrowing story of how he and a close team of loyal advisors helped President Trump bring the country back from the brink of catastrophe.

Among the Trump era's savviest insiders, one name stands especially tall: Kellyanne. As a highly respected pollster for corporate and Republican clients and a frequent television talk show guest, Kellyanne Conway had already established herself as one of the brightest lights on the national political scene when Donald Trump asked her to run his presidential campaign. She agreed, delivering him to the White House, becoming the first woman in American history to manage a winning presidential campaign, and changing the American landscape forever. Who she is, how she did it, and who tried to stop her is a fascinating story of personal triumph and political intrigue that has never been told ... until now. In Here's The Deal, Kellyanne takes you on a journey all the way to the White House and beyond with her trademark sharp wit, raw honesty, and level eye.

For Such a Time as This: My Faith Journey through the White House and Beyond / Kayleigh McEnany

If you would have told me that in the year 2020 I would stand at the White House podium and communicate with the American people as COVID-19 ravaged the globe and violent protests beset the nation, I would have told you that you were crazy. But Jesus Christ had this very plan for my life. From White House intern to White House press secretary, from production assistant to national television host, from Catholic all-girls high school to Harvard Law School, God has guided my path through uncharted territory. In For Such a Time as This, I will chronicle my journey to the White House and offer never-before-told anecdotes about what really happened within the Trump administration. You will experience some of the most high stakes moments in the West Wing right alongside me as I reveal how faith got me through.

One Damn Thing After Another: Memoirs of an Attorney General / William P. Barr

The former attorney general provides a candid account of his historic tenures serving two vastly different presidents, George H.W. Bush and Donald J. Trump.William Barr's first tenure as attorney general under President George H.W. Bush was largely the result of chance, while his second tenure under President Donald Trump a deliberate and difficult choice. In this candid memoir, Barr takes readers behind the scenes during seminal moments of the 1990s, from the LA riots to Pan Am 103 and Iran Contra. Thirty years later, Barr faced an unrelenting barrage of issues, such as Russiagate, the COVID outbreak, civil unrest, the impeachments, and the 2020 election fallout. One Damn Thing After Another is vivid, forthright, and essential not only to understanding the Bush and Trump legacies, but also how both men viewed power and justice at critical junctures of their presidencies.

A Plague Upon Our House / Scott W. Atlas

As seen onTucker Carlson! What really happened behind the scenes at the Trump White House during the COVID pandemicWhen Dr. Scott W. Atlas was tapped by Donald Trump to join his COVID Task Force, he was immediately thrust into a maelstrom of scientific disputes, policy debates, raging egos, politically motivated lies, and cynical media manipulation. Numerous myths and distortions surround the Trump Administration's handling of the crisis, and many pressing questions remain unanswered. Did the Trump team really bungle the response to the pandemic Were the right decisions made about travel restrictions, lockdowns, and mask mandates Are Drs. Anthony Fauci and Deborah Birx competent medical experts or timeserving bureaucrats Did half a million people really die unnecessarily because of Trump's incompetence So far no trusted figure has emerged who can tell the story straight - until now.

As governor of New Jersey and a key Trump insider and longtime friend, Chris Christie has always been known for speaking his mind. Now that the depressing 2020 election is finally behind us, he shares his bold insights on how a battered Republican Party can soar into the future and start winning big elections again. The wrong answers are everywhere. Dangerous conspiracy theorists. A tired establishment. Truth deniers and political cowards. In Republican Rescue, Christie reveals exactly how absurd grievances and self-inflicted wounds sabotaged Donald Trump's many successes and allowed Democrats to capture the White House, the House, and Senate in two years - a first for the GOP since the days of Herbert Hoover. In his frank and compelling voice, Christie dissects the last year of the Trump administration - which provoked nothing but conspiracy theories and infighting - and he lays out an honest and hopeful vision, explaining how Republicans can capture the future and save America from today's damaging Democratic excesses.

The Room Where It Happened: A White House Memoir / John Bolton

John Bolton served as National Security Advisor to President Donald Trump for 519 days. A seasoned public servant who had previously worked for Presidents Reagan, Bush #41, and Bush #43, Bolton brought to the administration thirty years of experience in international issues and a reputation for tough, blunt talk. In his memoir, he offers a substantive and factual account of his time in the room where it happened.

A Sacred Oath: Memoirs of a Secretary of Defense During Extraordinary Times / Mark T. Esper

Former Secretary of Defense Mark T. Esper reveals the shocking details of his tumultuous tenure while serving in the Trump administration.From June of 2019 until his firing by President Trump after the November 2020 election, Secretary Mark T. Esper led the Department of Defense through an unprecedented time in history - a period marked by growing threats and conflict abroad, a global pandemic unseen in a century, the greatest domestic unrest in two generations, and a White House seemingly bent on breaking accepted norms and conventions for political advantage.?A Sacred Oath?is Secretary Esper's unvarnished and candid memoir of those extraordinary and dangerous times, and includes events and moments never before told.

Silent Invasion: The Untold Story of the Trump Administration, Covid-19, and Preventing the Next Pandemic Before It's Too Late / Deborah Birx

In late February 2020, Dr. Deborah Birx - a lifelong federal health official who had worked at the CDC, the State Department, and the US Army across multiple presidential administrations - was asked to join the Trump White House Coronavirus Task Force and assist the already faltering federal response to the Covid-19 pandemic. For weeks, she'd been raising the alarm behind the scenes about what she saw happening in public - from the apparent lack of urgency at the White House to the routine downplaying of the risks to Americans. Once in the White House, she was tasked with helping fix the broken federal approach and making President Trump see the danger this virus posed to all of us.Silent Invasion is the story of what she witnessed and lived for the next year - an eye-opening, inside account, detailed here for the first time, of the Trump Administration's response to the greatest public health crisis in modern times.

Speaking for Myself: Faith, Freedom, and the Fight of Our Lives Inside the Trump White House / Sarah Huckabee Sanders

A candid, riveting account of the Trump White House, on the front lines and behind the scenes.Sarah Huckabee Sanders served as White House Press Secretary for President Donald J. Trump from 2017 to 2019. A trusted confidante of the President, Sanders advised him on everything from press and communications strategy to personnel and policy. She was at the President's side for two and a half years, battling with the media, working with lawmakers and CEOs, and accompanying the President on every international trip, including dozens of meetings with foreign leaders -- all while unfailingly exhibiting grace under pressure. Upon her departure from the administration, President Trump described Sarah as "irreplaceable," a "warrior" and "very special person with extraordinary talents, who has done an incredible job.

A must-read riveting account of America's plague year from one of the top Trump advisors who first sounded the China pandemic alarm, exposed Dr. Fauci's destructive actions and laid bare the facts about the 2020 presidential election. In Trump Time, A Journal of America's Plague Year, tells the story of a president who worked night and day for the American People, who built the strongest economy in modern histroy and who would deliver a life-saving suite of vaccines to the American peoplelitterally at warp speed. Peter Navarro is one of only three White House officials by President's side from the 2016 campaign to the end of the president's first term in office. Always moving In Trump Time as was his signature, Dr Navarro played a pivotal role in the rapid development of both vaccines and therapeutics like Remdesir.

In Uncontrolled Spread, he shows how the coronavirus and its variants were able to trounce Americas pandemic preparations, and he outlines the steps that must be taken to protect against the next outbreak. As the pandemic unfolded, Gottlieb was in regular contact with all the key players in Congress, the Trump administration, and the drug and diagnostic industries. He provides an inside account of how level after level of American government crumbled as the COVID-19 crisis advanced.

I'll Take Your Questions Now: What I Saw at the Trump White House / Stephanie Grisham

Stephanie Grisham rose from being a junior press wrangler on the Trump campaign in 2016 to assuming top positions in the administration as White House press secretary and communications director, while at the same time acting as First Lady Melania Trump's communications director and eventually chief of staff. Few members of the Trump inner circle served longer or were as close to the first family as Stephanie Grisham, and few have her unique insight into the turbulent four years of the administration, especially the personalities behind the headlines.

I'll Take Your Questions Now?is a White House memoir like no other, written by someone no longer bound by the codes of spin, denial, and twisted loyalty that the Trump administration imposed on all its members. Here is a brutally honest, frequently funny, and always perceptive look behind the scenes of a White House that was in turmoil from day one.