Books with Bite: Vampires and Werewolves, Oh My! 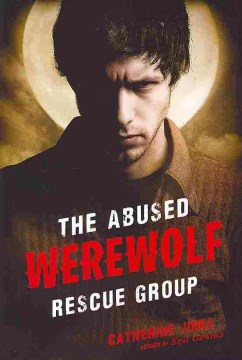 When Tobias wakes up in a hospital with no memory of the night before, a mysterious man tells him he has a dangerous condition, and he finds himself involved with a group of werewolves convinced he needs their help. 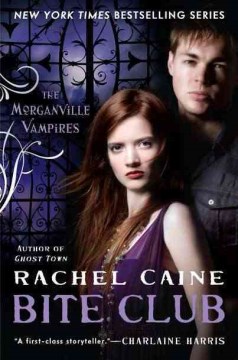 College student Claire Danvers discovers that an extreme sport pitting vampire against vampire - and sometimes vampire against human - is being broadcast on the internet from Morganville, Texas. 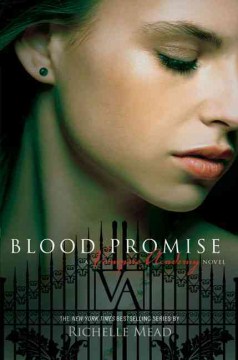 Just days before graduating from St. Vladimir's Academy, guardian-in-training Rose travels to Siberia to drive a stake into the heart of the boy she loves, the monstrous vampire Dimitri. 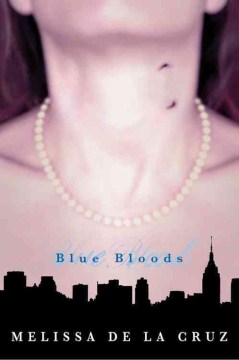 Select teenagers from some of New York City's wealthiest and most socially prominent families learn a startling secret about their bloodlines. First book in the Blue Bloods series. 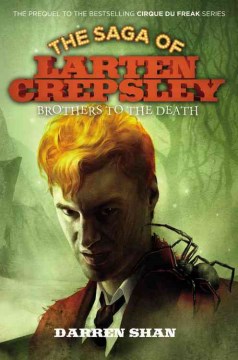 Vampire Larten Crepsley must prevent the Nazis from gaining access to the power of the vampires, even when his blood brother Wester delivers the news that the one person Larten loves most in the world might be in danger of a deadly vampaneze attack. Prequel to the Cirque du Freak series. 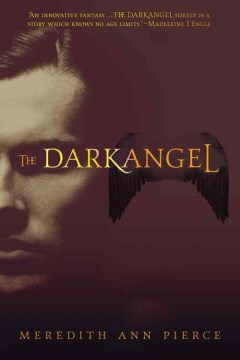 On a future world on the Moon, the servant girl Aeriel must choose between destroying her vampire master for his evil deeds or saving him for the sake of his beauty and the spark of goodness she has seen in him. Sequels: A Gathering of Gargoyles and The Pearl of the Soul of the World. 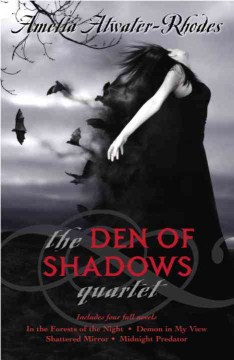 Four complete novels in one eBook, one captivating world. Also available in individual volumes in print: In the  Forests of the Night: Three hundred years ago Risika had a family-a brother and a father who loved her. Three hundred years ago she was human. Now she is a vampire, a powerful one. And her past has come back to torment her. Demon in My View: Jessica isn't your average high school student-she's an acclaimed published author of vampire fiction. Now two new students at her high school strongly remind her of her favorite characters. But those characters only live in her imagination-right? Shattered Mirror: Christopher Raneva and Sarah Vida may look like a normal high school couple, but he's actually a vampire who's sworn off human blood and she's an incredibly powerful, vampire-hunting witch. As if that weren't enough to prevent their love, his past and her future collide when they get tangled up with Nikolas, one of the most reviled vampires ever. Midnight Predator: Once a happy teenager, Turquoise Draka is now a vampire hunter. Her current assigment is to assassinate Jeshikah, one of the cruelest vampires in history. But to do that, she'll have to enter Midnight, a fabled vampire realm, as a human slave. . . . 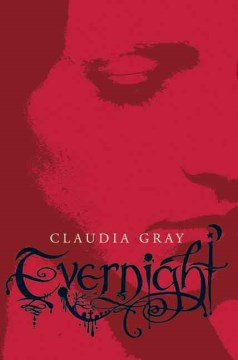 Sixteen-year-old Bianca, a new girl at the sinister Evernight boarding school, finds herself drawn to another outsider, Jared, but dark forces threaten to tear them apart and destroy Bianca's entire world. Sequels are: Stargazer, Hourglass, and Afterlife. 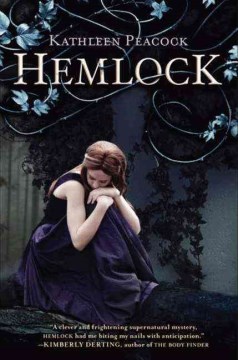 High school senior Mackenzie attempts to solve the mystery of her best friend's murder in a town affected by the werewolf virus. 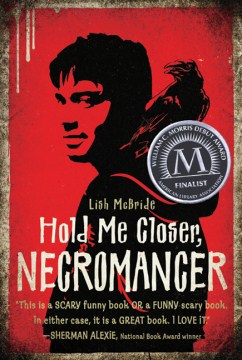 Sam leads a pretty normal life. He may not have the most exciting job in the world, but he's doing all right - until a fast food prank brings him to the attention of Douglas, a creepy guy with an intense violent streak. Turns out Douglas is a necromancer who raises the dead for cash and sees potential in Sam. Then Sam discovers he's a necromancer too, but with strangely latent powers. And his worst nightmare wants to join forces . . . or else. With only a week to figure things out, Sam needs all the help he can get. Luckily he lives in Seattle, which has nearly as many paranormal types as it does coffee places. But even with newfound friends, will Sam be able to save his skin? Sequel: Necromancing the Stone. 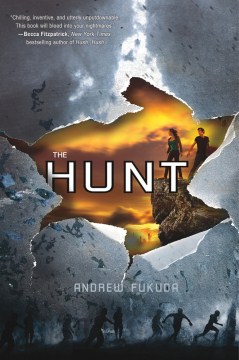 Don't Sweat. Don't Laugh. Don't draw attention to yourself. And most of all, whatever you do, do not fall in love with one of them. Gene is different from everyone else around him. He can't run with lightning speed, sunlight doesn't hurt him and he doesn't have an unquenchable lust for blood. Gene is a human, and he knows the rules. Keep the truth a secret. It's the only way to stay alive in a world of night - a world where humans are considered a delicacy and hunted for their blood. When he's chosen for a once in a lifetime opportunity to hunt the last remaining humans, Gene's carefully constructed life begins to crumble around him. He's thrust into the path of a girl who makes him feel things he never thought possible - and into a ruthless pack of hunters whose suspicions about his true nature are growing. Now that Gene has finally found something worth fighting for, his need to survive is stronger than ever - but is it worth the cost ofhis humanity? Sequels: The Prey and The Trap. 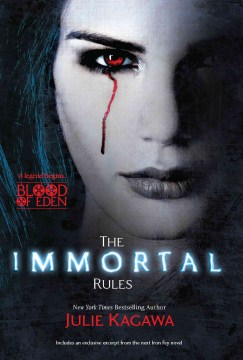 A generation after a plague killed most humans, vampires keep those remaining as pets. Allison is canny enough to live under the radar as an Unregistered until she is attacked. The vampire Kanin finds her, and Allison, desperate to live, accepts his offer to turn her. Her mission now moves from survival to the dilemma posed by Kanin: Will you choose to become a demon with a human face, or will you fight your demon, knowing you will forever struggle alone? 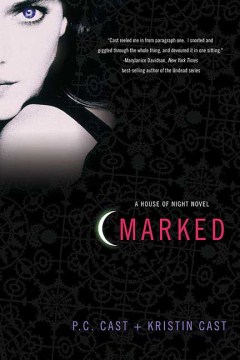 The House of Night novels are set in a world very much like our own, except in 16-year-old Zoey Redbird's world, vampires have always existed. In this first book in the series, Zoey enters the House of Night, a school where, after having undergone the Change, she will train to become an adult vampire - that is, if she makes it through the Change. Not all of those who are chosen do... 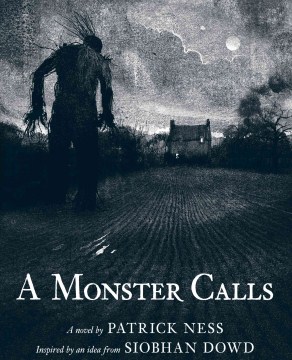 Thirteen-year-old Conor awakens one night to find a monster outside his bedroom window, but not the one from the recurring nightmare that began when his mother became ill--an ancient, wild creature that wants him to face truth and loss. 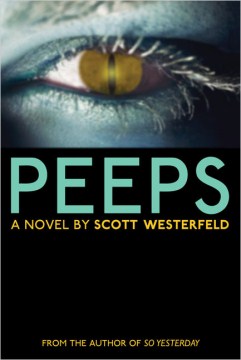 Cal Thompson is a carrier of a parasite that causes vampirism, and must hunt down all of the girlfriends he has unknowingly infected. 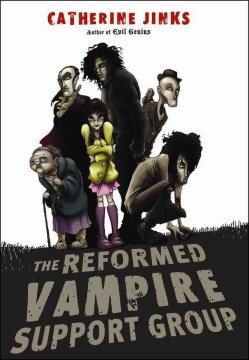 Nina Harrison has been 15 years old since 1973. That's because she is a vampire. She and the members of the Reformed Vampire Support Group break the mold when compared to the accepted vampire lore that has been around since the time of Count Dracula. They are not beautiful, strong, powerful, rich, or in control. Instead they are sickly, struggling just to stay alive, living on the blood of the guinea pigs they keep, and making the best of their affliction. They have vowed not to drink human blood or be responsible for the creation of another vampire. Nina hates her boring, uneventful life, which changes drastically when Casimir is staked and the group, realizing that the killer knows who and where they are, all move in with Nina and her mother, a nonvampire. With only a silver bullet as a clue to track the vampire slayer, Nina, Dave, and Father Ramon, who sponsors the group, set out on a dangerous journey. Along the way they rescue a werewolf from an illegal fight ring, deal with a villainous father/son team, and discover that their immortal lives might have more to offer than they ever thought. Support Group is truly like no other vampire story. It is witty, cunning, and humorous, with numerous plot twists and turns. Jinks has conjured up an eccentric but believable cast of characters in a story full of action and adventure. 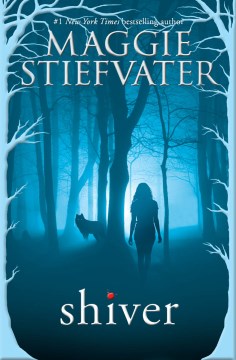 For years, Grace has watched the wolves in the woods behind her house. One yellow-eyed wolf--her wolf--is a chilling presence she can't seem to live without. Meanwhile, Sam has lived two lives: In winter, the frozen woods, the protection of the pack, and the silent company of a fearless girl. In summer, a few precious months of being human . . . until the cold makes him shift back again. Now, Grace meets a yellow-eyed boy whose familiarity takes her breath away. It's her wolf. It has to be. But as winter nears, Sam must fight to stay human--or risk losing himself, and Grace, forever. Also read the sequels, Linger, Forever, and Sinner. 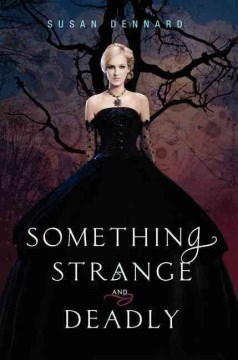 Theres something strange and deadly loose in Philadelphia. . . . Eleanor Fitt has a lot to worry about. Her brother has gone missing, her family has fallen on hard times, and her mother is determined to marry her off to any rich young man who walks by. But this is nothing compared to what shes just read in the newspaper: The Dead are rising in Philadelphia. And then, in a frightening attack, a zombie delivers a letter to Eleanor . . . from her brother. Whoever is controlling the Dead army has taken her brother as well. If Eleanor is going to find him, shell have to venture into the lab of the notorious Spirit-Hunters, who protect the city from supernatural forces. But as Eleanor spends more time with the Spirit-Hunters, including the maddeningly stubborn yet handsome Daniel, the situation becomes dire. And now, not only is her reputation on the line, but her very life may hang in the balance. 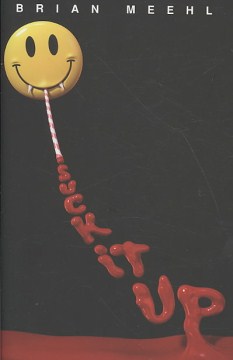 After graduating from the International Vampire League, a scrawny, teenaged vampire named Morning is given the chance to fulfill his childhood dream of becoming a superhero when he embarks on a League mission to become the first vampire to reveal his identity to humans and to demonstrate how peacefully-evolved, blood-substitute-drinking vampires can use their powers to help humanity. 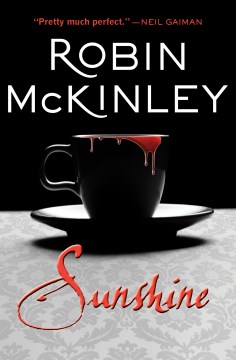 There are places in the world where darkness rules, where it's unwise to walk. But there hadn't been any trouble out at the lake for years, and Sunshine just needed a spot where she could be alone with her thoughts. Vampires never entered her mind. Until they found her... 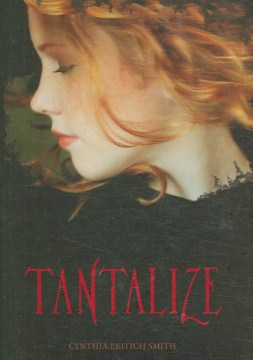 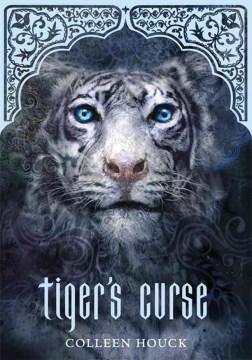 Seventeen-year-old Oregon teenager Kelsey forms a bond with a circus tiger who is actually one of two brothers, Indian princes Ren and Kishan, who were cursed to live as tigers for eternity, and she travels with him to India where the tiger's curse may be broken once and for all. Sequels: Tiger's Quest, Tiger's Voyage, and Tiger's Destiny. 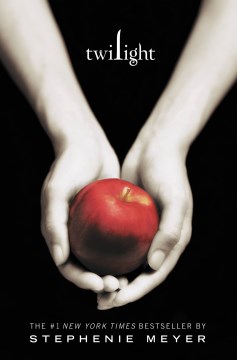 Just in case you haven't read Twilight yet, here's the story: When seventeen-year-old Bella leaves Phoenix to live with her father in Forks, Washington, she meets an exquisitely handsome boy at school for whom she feels an overwhelming attraction and who she comes to realize is not wholly human. Sequels are New Moon, Eclipse, and Breaking Dawn. 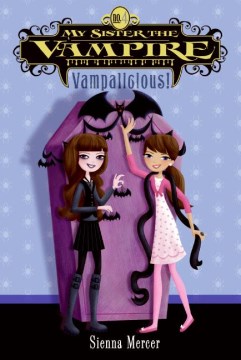 After discovering that she has a twin sister, Ivy, who is a vampire, Olivia risks losing her when their father decides to move to Europe with Ivy. Fourth in the My Sister the Vampire series, this follows Switched, Fangtastic!, and Re-Vamped!