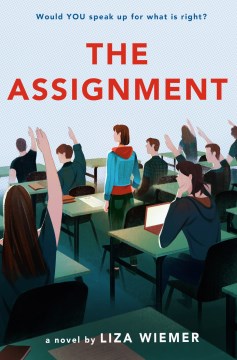 Standing in opposition to a class assignment to debate Hitler's Final Solution, seniors Cade and Logan become embroiled in turmoil involving their teacher, principal, Commissioner of Education, white supremacists, and their entire community. 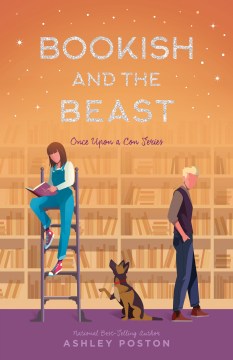 In this adaptation of "Beauty and the Beast," the teenaged star of a popular science fiction movie franchise hides out in a small town, following a tabloid scandal, and meets the bookish Rosie Thorne who is still grieving over her mother's death. 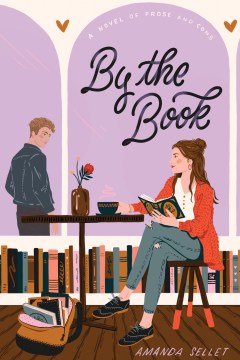 As a devotee of classic novels, Mary Porter-Malcolm knows all about Mistakes That Have Been Made, especially by impressionable young women. So when a girl at her new high school nearly succumbs to the wiles of a notorious cad, Mary starts compiling the Scoundrel Survival Guide, a rundown of literary types to be avoided at all costs. Unfortunately, Mary is better at dishing out advice than taking it—and the number one bad boy on her list is terribly debonair. As her best intentions go up in flames, Mary discovers life doesn’t follow the same rules as fiction. If she wants a happy ending IRL, she’ll have to write it herself. 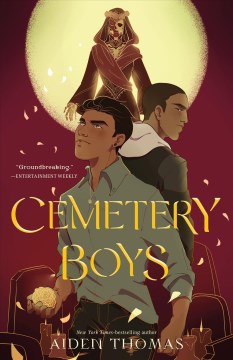 Yadriel has summoned a ghost, and now he can't get rid of him. When his traditional Latinx family has problems accepting his true gender, Yadriel becomes determined to prove himself a real brujo. With the help of his cousin and best friend Maritza, he performs the ritual himself, and then sets out to find the ghost of his murdered cousin and set it free. However, the ghost he summons is actually Julian Diaz, the school's resident bad boy, and Julian is not about to go quietly into death. He's determined to find out what happened and tie off some loose ends before he leaves. Left with no choice, Yadriel agrees to help Julian, so that they can both get what they want. But the longer Yadriel spends with Julian, the less he wants to let him leave. 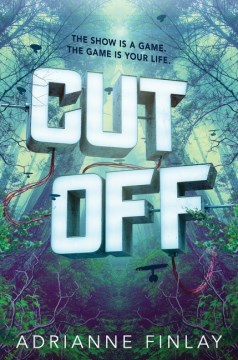 Cut Off Cut Off / Adrianne Finlay

When something goes horribly wrong during the filming of a new virtual reality show, teenaged contestants are trapped in a simulation, questioning how much of the game is real. 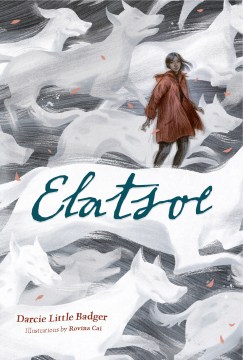 Imagine an America very similar to our own. It's got homework, best friends, and pistachio ice cream. There are some differences. This America has been shaped dramatically by the magic, monsters, knowledge, and legends of its peoples, those Indigenous and those not. Some of these forces are charmingly everyday, like the ability to make an orb of light appear or travel across the world through rings of fungi. But other forces are less charming and should never see the light of day. Seventeen-year-old Elatsoe ("Ellie" for short) lives in this slightly stranger America. She can raise the ghosts of dead animals, a skill passed down through generations of her Lipan Apache family. Her beloved cousin has just been murdered, in a town that wants no prying eyes. But she is going to do more than pry. The picture-perfect façade of Willowbee masks gruesome secrets, and she will rely on her wits, skills, and friends to tear off the mask and protect her family. 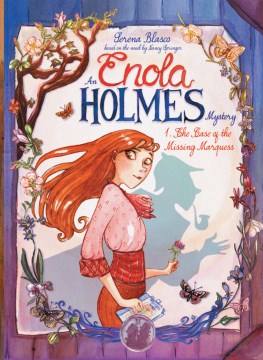 A graphic novel adaptation of Nancy Springer's bestselling mystery series about Sherlock Holmes' resourceful younger sister! Raised by her mother on the family's country manor, Enola wakes on her 14th birthday to discover that her mother has disappeared, leaving only a collection of flowers and a coded message book. With Sherlock and Mycroft determined to ship her off to a boarding school, Enola escapes, displaying a cleverness that impresses even the elder Holmeses. But nothing prepares her for what lies ahead. This delightfully drawn graphic novel adaptation also includes a portfolio of pages from Enola's secret notebook. 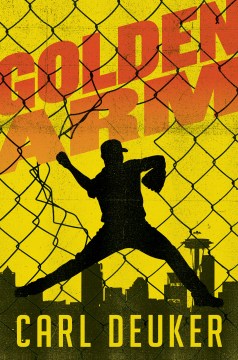 When his pitching talents land him a spot on a wealthier team where he has a chance to be drafted into the majors, a teen navigating poverty and a speech challenge struggles with leaving behind a brother who is increasingly influenced by drug gangs. 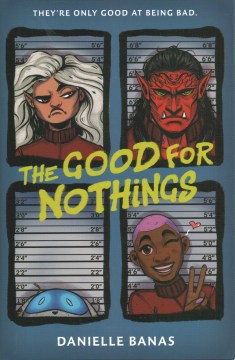 After landing herself in prison following an attempted heist gone very wrong, Cora Santos strikes a bargain with the prison warden: He'll expunge her record if she brings back a long-lost treasure rumored to grant immortality. Cora is skeptical, but with no other way out of prison (and back in her family's good graces), she has no choice but to assemble a crew from her collection of misfit cellmates—a disgraced warrior from an alien planet; a cocky pirate who claims to have the largest ship in the galaxy; and a glitch-prone robot with a penchant for baking—and take off after the fabled prize. But the ragtag group soon discovers that not only is the too-good-to-be-true treasure very real, but they're also not the only crew on the hunt for it. And it's definitely a prize worth killing for. 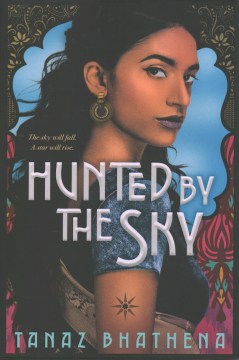 Trained in warrior magic after the murder of her parents, a girl with a star-shaped birthmark is prophesied to be the downfall of a tyrant king, but the boy she falls in love with owes his loyalty to those hunting her. 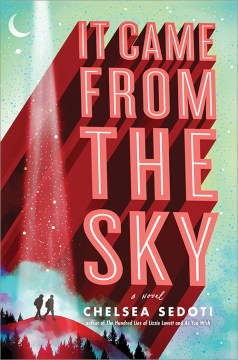 Gideon and Ishmael Hofstadt, ages sixteen and seventeen, accidentally start a hoax that aliens have landed, turning their town of Lansburg, Pennsylvania, into a circus. Told through narrative, police interviews, text messages, blog posts, and more. 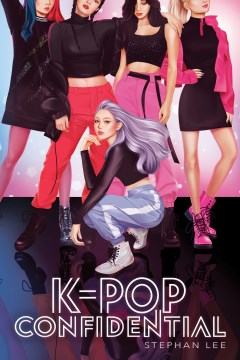 Hiding a secret passion for singing beneath a veneer of an obedient straight-A student, Candace enters a K-pop audition on a dare before plunging headfirst into the grueling world of training and rehearsals, before a fellow trainee and a hot boy-band star challenge a strict no-dating rule. 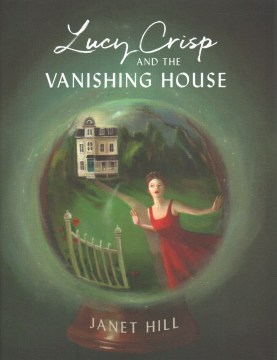 After moving to a seemingly quaint and quiet new town, Lucy faces a new reality in which fairies exist, weather can be bottled and witches hold grudges. 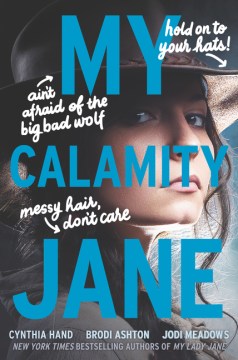 Hold on to your hats: The authors who brought you the New York Times bestseller My Plain Jane, which Booklist praised as delightfully deadpan (starred review) and Publishers Weekly called a clever, romantic farce (starred review), are back with another irreverent historical adventure. Welcome to 1876 America, a place bursting with gunslingers, outlaws, and garou -- better known as werewolves. And where there are garou, there are hunters: the one and only Calamity Jane, to be precise, along with her fellow stars of Wild Bill's Traveling Show, Annie Oakley and Frank the Pistol Prince Butler. After a garou hunt goes south and Jane finds a suspicious-like bite on her arm, she turns tail for Deadwood, where there's talk of a garou cure. But, rumors can be deceiving -- meaning the gang better hightail it after her before they're a day late and a Jane short. 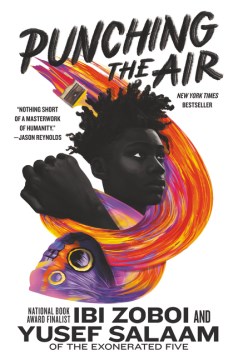 From award-winning, bestselling author Ibi Zoboi and prison reform activist Yusef Salaam of the Exonerated Five comes a powerful novel in verse about a boy who is wrongfully incarcerated. Suddenly, at just sixteen years old, Amal's bright future is upended: he is convicted of a crime he didn't commit and sent to prison. Despair and rage almost sink him until he turns to the refuge of his words, his art. This never should have been his story. But can he change it' With spellbinding lyricism, award-winning author Ibi Zoboi and prison reform activist Yusef Salaam tell a moving and deeply profound story about how one boy is able to maintain his humanity and fight for the truth, in a system designed to strip him of both. 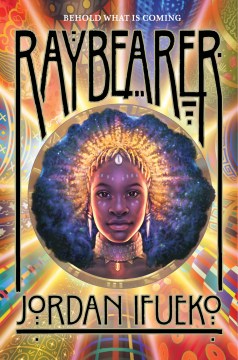 Nothing is more important than loyalty. But what if you've sworn to protect the one you were born to destroy? Tarisai has always longed for the warmth of a family. She was raised in isolation by a mysterious, often absent mother known only as The Lady. The Lady sends her to the capital of the global empire of Aritsar to compete with other children to be chosen as one of the Crown Prince's Council of 11. If she's picked, she'll be joined with the other Council members through the Ray, a bond deeper than blood. That closeness is irresistible to Tarisai, who has always wanted to belong somewhere. But The Lady has other ideas, including a magical wish that Tarisai is compelled to obey: Kill the Crown Prince once she gains his trust. Tarisai won't stand by and become someone's pawn -- but is she strong enough to choose a different path for herself? 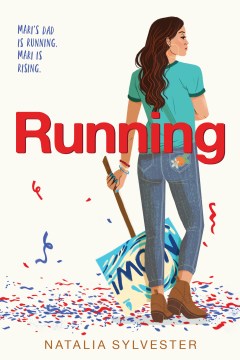 When fifteen-year-old Cuban American Mariana Ruiz's father runs for president, Mari starts to see him with new eyes. A novel about waking up and standing up, and what happens when you stop seeing your dad as your hero-while the whole country is watching. 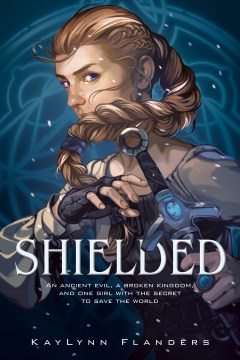 In a kingdom at war, the princess discovers a devastating truth and might be the key to saving not only those closest to her, but the kingdom itself, if she reveals the very secret that could destroy her. 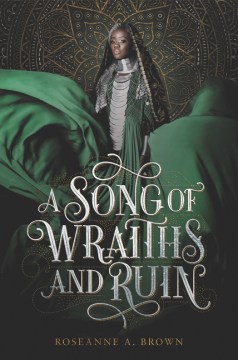 For Malik, the Solstasia festival is a chance to escape his war-stricken home and start a new life with his sisters in the prosperous desert city of Ziran. But when a vengeful spirit abducts his younger sister Nadia as payment to enter the city, Malik strikes a fatal deal: kill Karina, crown princess of Ziran, in exchange for Nadia's freedom. 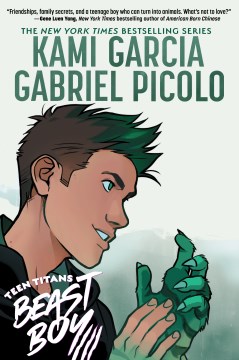 Garfield Logan has spent his entire life being overlooked. Senior year is almost over. If Gar doesn't find a way to impress the social elite at Bull Creek High School, he will never know what it's like to matter. Gar's best friends, Stella and Tank, can't understand why he cares what other people think, and they miss their funny, pizza-loving, video game-obsessed best friend. Then Gar accepts a wild dare out of the blue. It impresses the popular kids, and his social status soars. But other things are changing, too. Gar grows six inches overnight. His voice drops, and suddenly, he's stronger and faster. He's finally getting everything he wanted, but his newfound popularity comes at a price. Gar has to work harder to impress his new friends. The dares keep getting bigger, and the stakes keep getting higher. When Gar realizes the extent of his physical changes, he has to dig deep and face the truth about himself-and the people who truly matter-before his life spirals out of control.